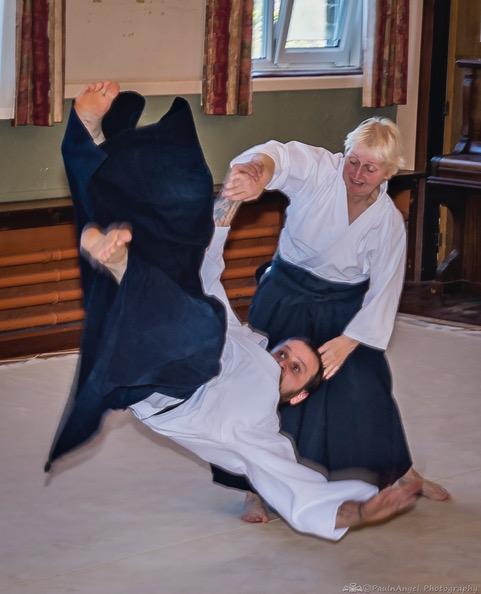 I began training in Aikido in 1983 and, after some breaks to have a family, was awarded  1st Dan in 1995 by the late Marion Mucha Sensei. My second Dan (1999); Third Dan (2004); 4th Dan (2014) were awarded by Bob Spence Sensei who succeeded Mr Mucha as Principal of Lancashire Aikikai. I hold the BAB (British Aikido Board) Coach Level Two Award.

In teaching aikido, I aim to share the enjoyment and exhiliration that comes from its combination of physical and mental exertion. 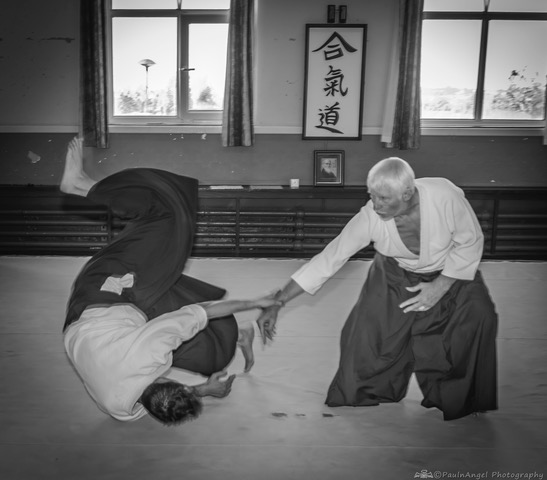 After a brief introduction to Judo in my late teens I began my Shotokan Karate training in 1975 under the direction of Kowaswe Sensei. Deviating for a couple of years to study both Wadoryu and Shukakai, I returned to Shotokan and took my 1st Dan (1989) under Kato Sensei.
I started my Aikido training in 1990 with Andrew Baird Sensei in Altrincham and was awarded 1st Dan in 1997 by Marion Mucha Sensei. My 2nd Dan (2000); 3rd Dan (2004) and 4th Dan (2014) were awarded by Bob Spence Sensei.

I am now fortunate to be in a position to pass this on the benefits of this powerful, dynamic and yet graceful Martial Art to others through my teaching 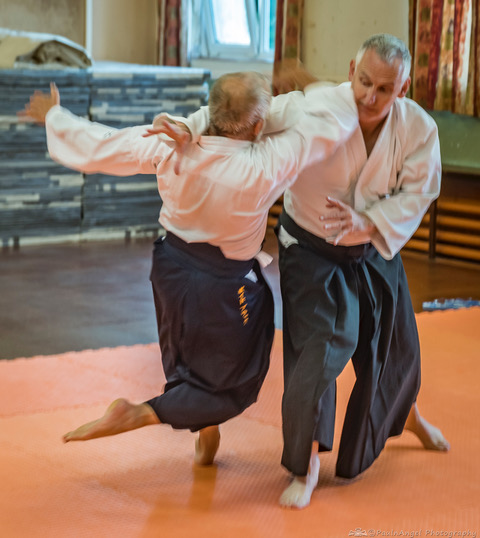