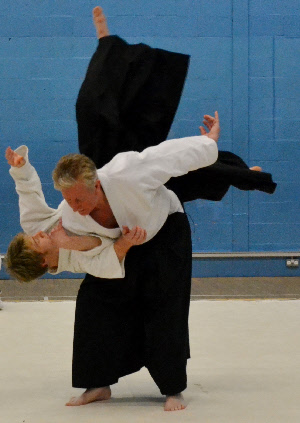 Ian Cherry has been the Senior Instructor at Preston Aikido Club since it started in 1985. 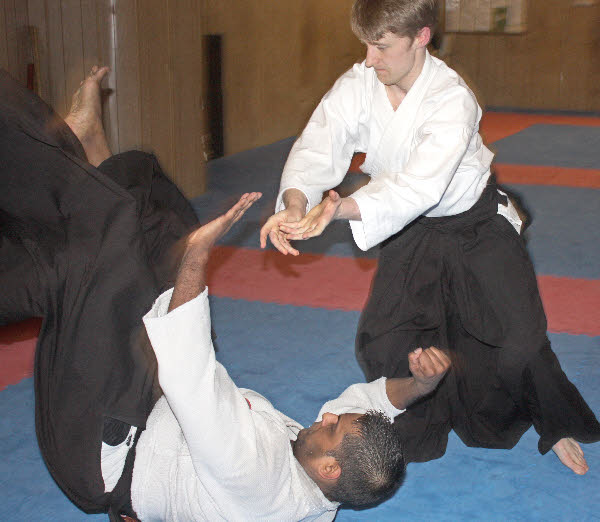 I began my training aged 15 at Preston Aikido Club under Ian Cherry Sensei. My current rank of Shodan was awarded by Bob Spence Sensei in November 2012.

What initially caught my imagination was the way in which violence was resolved in a beautiful manner. I was drawn to the ideal of cooperative learning rooted in training methods designed to ‘toughen the body, and polish the spirit’ in an environment where only total concentration was enough.

I have been privileged to attend seminars with various respected instructors from the UK and abroad – most recently with Atsushi Mimuro, Terry Ezra, Ulf Evenas and Lewis Bernaldo de Quiros. I am searching for a style that is dynamic and efficient – with the quality of ‘fluid steel’. My motto for Aikido training is Beckett’s: “Try Again. Fail Again. Fail Better.”

Outside the dojo (and work) I am a practicing artist, having trained to MA-Level in Fine Art.