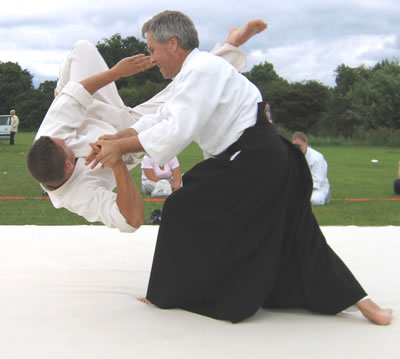 Started Aikido in 1973 at Reading and over the years received tuition from Ron Russell, Hayden Foster, Don & Mary Pybus, Bob Spence, Marian Mucha. Started teaching in 1978 at Hazel Grove Sports Centre and then in Mirrlees in Stockport.

Opened Trafford Aikido Club in 1989 at Seamons Moss Community Centre moving later to Woodfield Road and then to St John's Church in 2000 and Altrincham Leisure Centre.

Enjoy teaching aikido - its a skills obtainable to all I find it rewarding to see students progress and grow both in aikido stature and in self confidence on and off the mats.

Aikido I see as an important life skill to be shared with those who wish to try and grasp it. It's traits of blending and non aggression serve well off the mat. 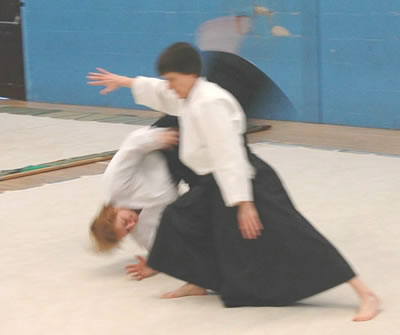 I started Aikido in 1981 at the Mirrlees Club in Stockport. At this club my coaches were Andrew Baird Sensei and Keith Downs Sensei.

I achieved 1st Dan in November 1991 and was graded to my present grade of 4th Dan in June 2011. Recognised as a coach by the MAC (Martial Arts Commission) in August 1990 and have attended many of the Lancashire Aikikai's internal courses to achieve Teacher status within the Association.

Over the years I have attended many courses and seminars taught by the top Sensei's in Britain as well as those taught by Japanese teachers. 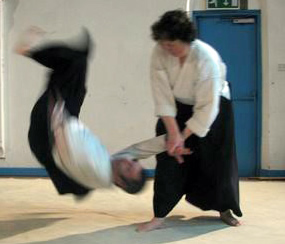 Inspired by being taken to see Kurosawa’s film “The Seven Samurai” as a child, when I first heard of Aikido I knew that I wanted to do it, even though I hadn’t even seen it. After ten years searching I found Andrew Baird Sensei was opening a class almost on my back doorstep. I attended the opening night of what became the Trafford Aikido Club, of the Lancashire Aikikai – and haven’t looked back since.

I have studied under my teacher, Sensei Andrew Baird, since 1989; and with other Instructors in the Lancashire Aikikai. I became an Assistant Coach in 1994, 1st Dan in 1997 and 2nd Dan in 2002. I hold the British Aikido Board Coach Level 1 Award, and am working towards Coach Level 2. In 2010 I had the great good fortune, with a group of friends from the Aikikai, to visit Japan, where we were able to practice Aikido in the country of its origin and make new friends.